Until recently, I used mostly merge operations in git. However, recently I have been using rebase more often.

I always regarded merge as generally safer option, although it made the commit history more noisy due to the merge commits that are introduced whenever we merge a branch into another. This noise can add up when many developers are collaborating across multiple branches of the same repository.

Rolling back commits can be a good way to clean up your commit history, i.e. squashing many commits into a single one. To roll back commits while keeping the changes made to those files, you can use:

The main problem with rebase

Because it rewrites history in your local branch, rebase should never be used on branches where other people are working, or in other words, public branches.

Quoting Atlassian’s on Merging vs. Rebasing:

The rebase moves all of the commits in `main` onto the tip of `feature`. The problem is that this only happened in your repository. All of the other developers are still working with the original main. Since rebasing results in brand new commits, Git will think that your main branch’s history has diverged from everybody else’s. So, before you run `git rebase`, always ask yourself, “Is anyone else looking at this branch?” If the answer is yes, take your hands off the keyboard and start thinking about a non-destructive way to make your changes (e.g., the git revert command). Otherwise, you’re safe to re-write history as much as you like. (...) Again, it’s important that nobody is working off of the commits from the original version of the feature branch.

Source tree will automatically run git fetch commands when it is open, updating the local refs to match the remote ones. This is a problem, since a git fetch followed by a git push --force-with-lease is the same as a git push --force ! To avoid this, deactivate the auto-fetching behaviour of Sourcetree: 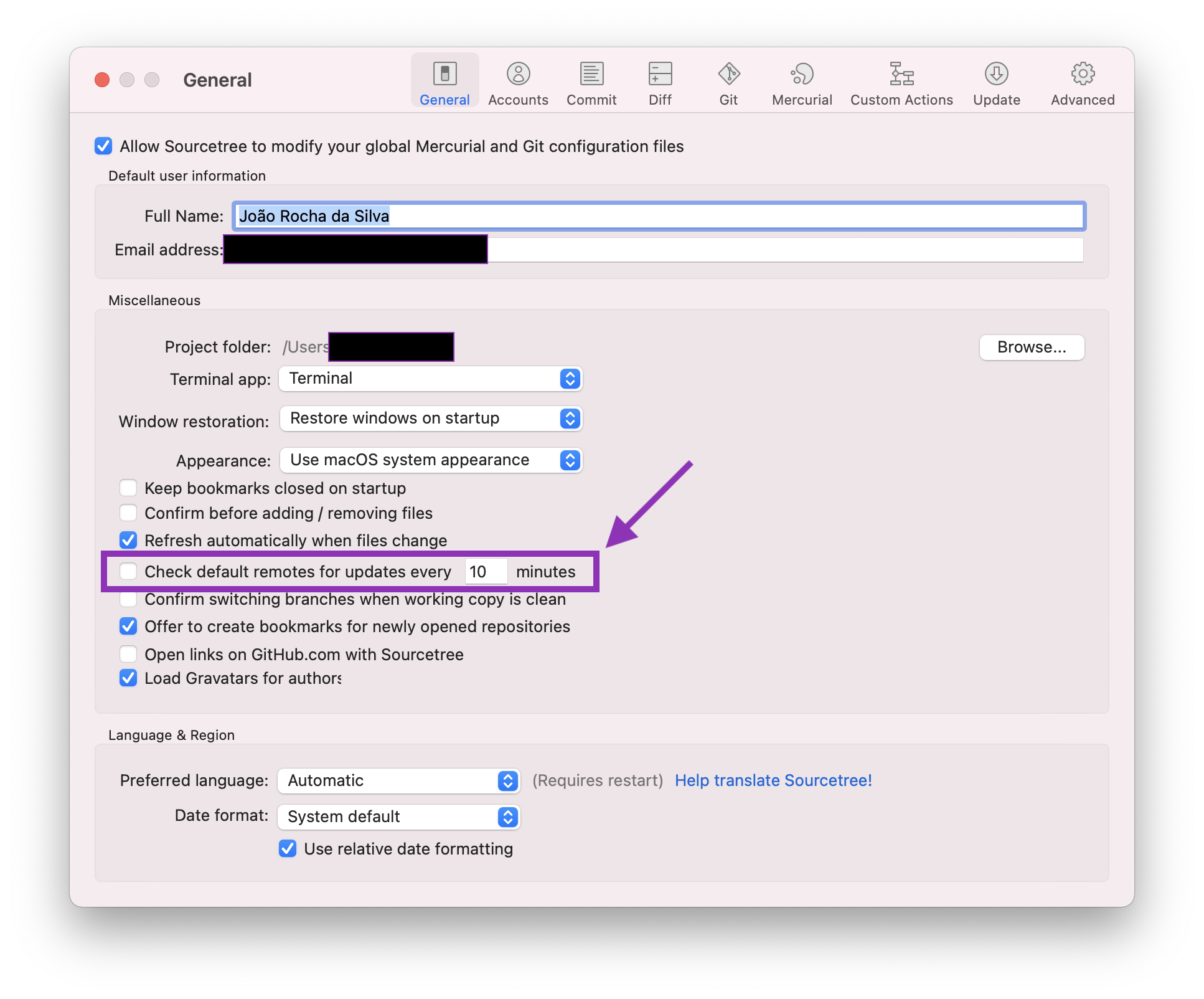 Merging vs. Rebasing, by Atlassian.