A proxy cache server acts as an intermediary between your machine and the internet. Say, for example, you have two machines in your network, and a third machine that you want to dedicate to caching web content. Here is how to set it up on a Mac. 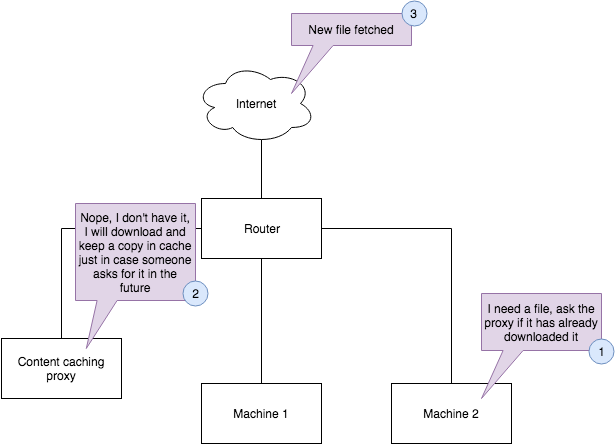 Machine 2 asks for a file from the proxy, but the proxy does not have it. It will be downloaded and put into the proxy cache. 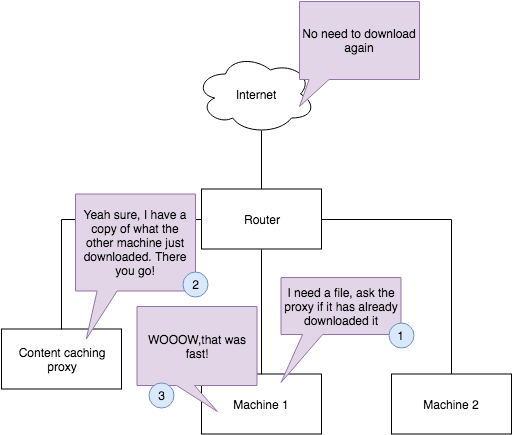 Machine 1 asks for the same file again; this time, the file is served by the cache! No bandwidth is used apart from the local LAN traffic. The download is super fast too.

How to set up a proxy cache in Mac OS X

Setting up a web cache proxy can dramatically increase your internet speed when you are:

I had a very old Mac Mini from 2006 lying around the house that I bought around 7 or 8 years for 150€ second hand at the time. It was my personal web server for 5+ years since then, until I placed it in a drawer and forgot about it. 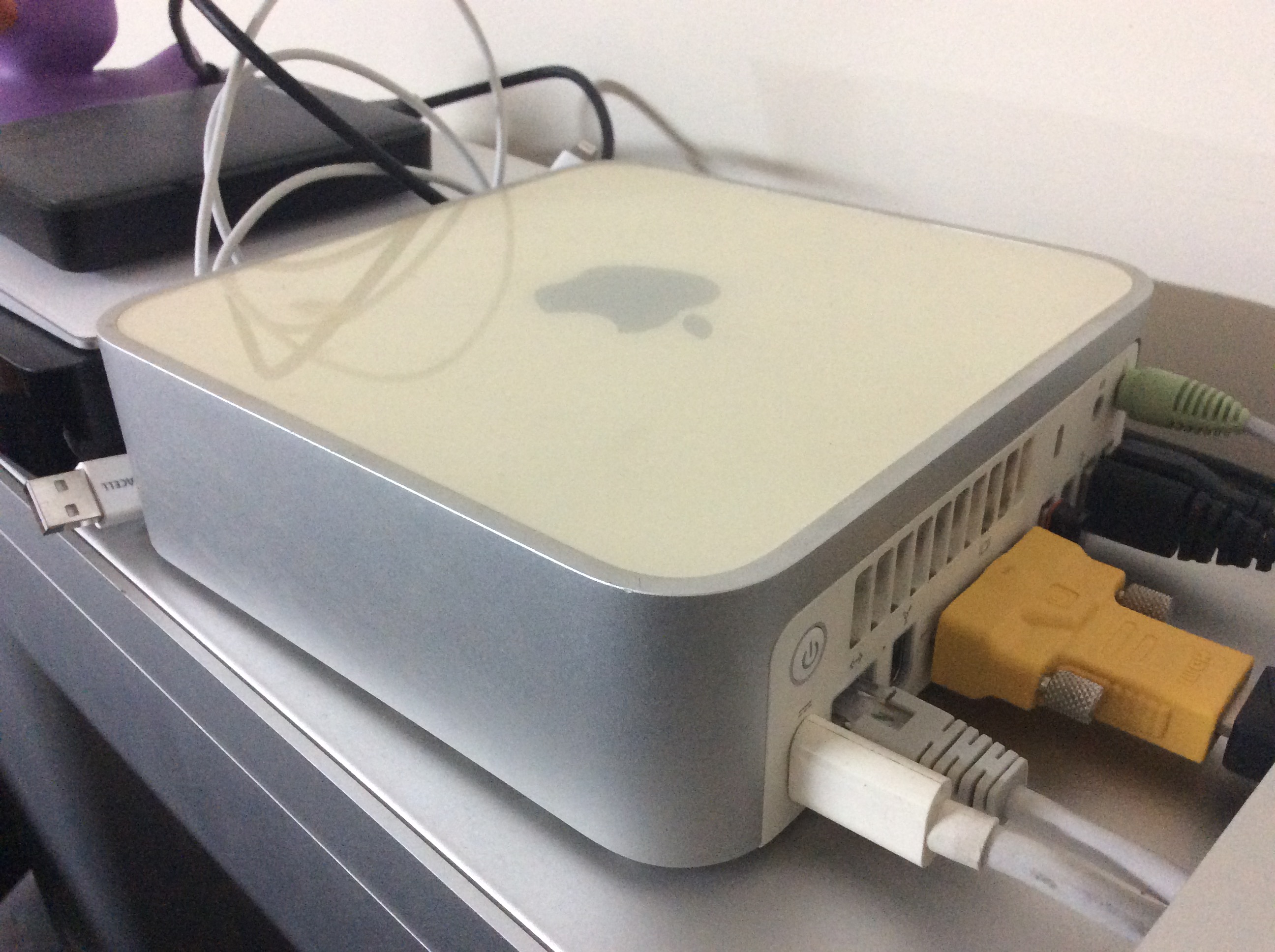 The original specs were:

Since then, I hacked it up to this:

It is still a snail, but it is very silent and still runs Mac OS X. Yes, I could run Linux on it, but it would defeat the purpose of owning a Mac, even if it is now hacked beyond redemption. I know it is not safe to use hacked Kernel Extensions, but hey, it was an interesting challenge to make this work.

It can still do some interesting things besides just serving. Since it is so sloooow I cannot even run YouTube on it, so I write more… Like this blog post, which was entirely written on it!!